- Some feel that we've gone too mainstream, while others feel we've become too experimental

British band To Kill A King visited Norway and Oslo the week before Easter, for their first Norwegian headline show. The band, which have already been here once before supporting their buddies in Bastille, ended their European tour in Oslo. And when Musikknyheter met vocalist Ralph Pelleymounter for a chat earlier on gig day, he told us that it's been a good tour - at least so far:

- Germany and Switzerland in particular were amazing. We've been there four times now so people know the band. Amazing gigs. Especially in Germany where people brought balloons with chess pieces printed on them (A reference to the album cover) and glowsticks, big cardboard posters and stuff. We even did the waving thing which is cheesy but so much fun. We haven't got quite that far here yet though.

- The gigs here and in Stockholm are the ones we've been concerned about, because we've played everywhere else before and know what to expect. But yesterday was surprisingly ok. Not a lot of people, but good.

The last time To Kill A King visited Oslo, they were traveling with Bastille, and Pelleymounter tells us it's very different to be a headline act compared to being support:

- It's a lot more pressure, because now it's up to us to fill the venues. It's been pretty good - except last night, he grins; - But you have to expect that from a tour. And we play an hour and a half now as well. And we've got a bigger rider.

The band recently released their second studio album, titled "To Kill A King", and Pelleymounter says the feedback has been somewhat polarised. Big publications such as Guardian and Q magazine have given them very positive reviews, whereas smaller blogs have been a lot more sceptical:

- They're the ones who backed us when we started out as a band and... it's a bit weird, some of them feel that we've gone too mainstream, while others feel we've become too experimental...! It's weird.

He shakes his head smiling:

- Some of them feel we've let them down because our sound and style has changed - but if they like one of our albums, would they really want us to repeat ourselves on the next one? Won't that be boring?

- Some have even wondered why we write the way we do. As if we don't write the music we do now because we want to, but because we have to.

He grins: - And even if we're selling out, no one's buying.

To Kill A King is known for for their liveshows,

and their amazing energy onstage. The new album sounds tailormade for a live format, with catchy melodies, big singalongs and good vibes throughout. Pelleymounter says people attending earlier tours were often surprised by this, considering how energetic the gigs were compared to their debut album:

- Our last album was pretty mellow, so it became very different live. Now we've learnt how to recreate that live energy in the studio, because it can easily get a bit too controlled recording music in a studio compared to how it is live. The whole process of recording the new album was very different this time since we've already done it once before. We felt like we were hitting the ground running.

He explains that they took great care to make sure the album wasn't too polished and produced, and that they on some songs even used demo-material on the finished studio versions:

- If you listen carefully, you'll hear bits and pieces which were recorded in my bedroom or in our rough live studio, and I think mixing that into the studio recordings make them feel more raw and live.

Seeing as this interview and the gig took place on April 1st, we had to find out whether there had been any pranks happening within the band that day. Pelleymounter told us that neither he nor the band had been up to anything (so far), but the sound engineer hadn't been quite as fortunate:

- His girlfriend sent him a picture of a positive pregnancy test, Pelleymounter grins: - It was a great prank! He was pretty white faced. 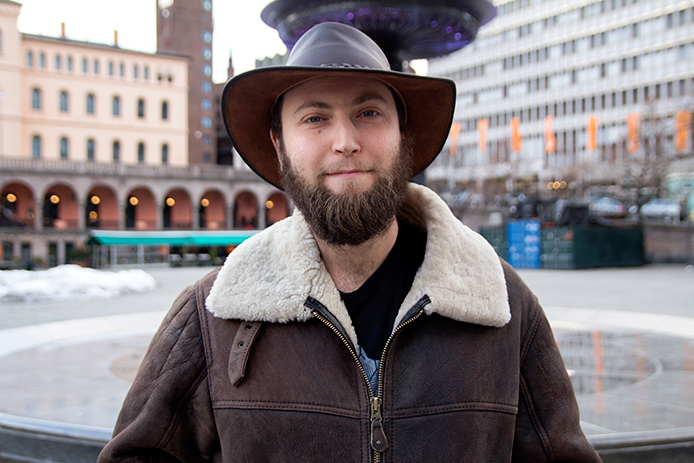 Vi mÃ¸tte To Kill A King i Oslo