A lot has happened since Louis Tomlinson showed up at an audition for British talent show The X Factor in 2010. The resulting boyband One Direction didnât win the competition but went on to become a worldwide phenomenon, earning the boys a loyal fanbase even after the band decided to go on a hiatus to explore solo-careers.

Since then, Tomlinson has released three stand-alone singles, âJust Hold On â with Steve Aoki, âBack To You â with Bebe Rexha and Digital Farm Animals, and the heartfelt âMiss You â. Two years have passed since then, and now Tomlinson is back with a new style of music, new singles, and his debut solo album 'Wallsâ on the way. This week, the single âWe Made It â was released, a song written back in 2017 with personal lyrics and a relaxed Britpop feel to it. This is the third single from his forthcoming album, and for Tomlinson, releasing his solo music is a brand new experience.

âItâs completely different,â he says eagerly as he puts away his coat, fresh back in from a bit of fresh air and a lunch break between interviews. âItâs funny âcos Iâve got all this experience from the band, but itâs not the same at all!â

This time around, everything he does from writing to recording, making music videos and touring is different. Itâs his own words, set to his own music, and done through his choices. But there was a time he wasnât sure whether this was something he wanted to do. He wasnât ready to go out and do stuff on his own, he wasnât ready for the band to go on a hiatus, and the decision for it all to end threw him off balance. So when he decided to pursue a solo career, after all, he went for the music that was the most popular at the time â dance/pop crossovers. âIt felt like the easiest way in,â he admits, explaining that the reason he chose to do features for the first few songs was that it gave him a bit of time to tread some water and figure out where he stood in the industry. âI needed that time to work out who I was and what I wanted,â he says, âbut I was also making music that I thought I had to make, as opposed to the music I wanted to make.â

(The article continues below the picture) Breaking away from the safety of a band and going solo can be as emotionally confusing and tumultuous as breaking out from a long time relationship and being single again. Youâre used to your band-persona and who you are as a part of a bigger puzzle, but once away from all that, you have to get to know yourself again and figure out who you are on your own.

Though he was often involved in writing sessions in the band as well, Tomlinson feels writing and creating music got a little bit more precise once it was just him. When writing for a band, you write music with four or five people in mind, it all has to relate to â and fit â them as well. Now, he can narrow it all down to only himself. Your own taste, your own preferences, and your own narrative. Having dropped the dance pop-feel of his initial singles for an indie-infused pop-rock style, Tomlinson's new music reflects his taste in music growing up. Being from the north of England, all the big northern bands had a profound influence on his life. âLike, the closest city to me is Sheffield, which Arctic Monkeys are from,â he says, âso that sound is massive there.â

His previous single, âKill My Mind â was intended to be a bit of a statement of intent musically, setting it and him apart from what had been released before. Still, the decision to change his style wasnât an easy one. He had a lot of industry people, songwriters and producers who didnât really know him, trying to drag him into a slightly urban sound that he couldnât relate to, but which is big in America. At one point he realised heâd had enough of those sessions and made the choice to take the reins himself. âI can either try and follow radio and follow the trends there, or I can just do what I love,â he says of the decision, âin the end I just had a word with myself and worked out what success meant to me. Now I just do what I love.â

Still, it took bravery to stand up for himself to the people who tried to steer him into their preferred direction. âYou can make the mistake of relying on the expertise around you when, actually, I believe itâs really important just to trust your gut - because nobody knows you better than yourself.â

Going solo is challenging in more ways than just creatively and musically. In a band, you donât know about all the gears that go into the massive machine you are a part of. Being on your own, itâs all a lot more intricate. âWhen youâre in a band like One Direction,â Tomlinson says, âwe didnât want for anything. We had everything that we needed.â He knew nothing about things like budget conversations and admits that coming face to face with such issues as a solo artist was a brand new concept for him. The learning curve has been steep, but Tomlinson feels like heâs always been learning as he goes along. âI used to think that I hadâ¦ I used to get involved creatively in One Direction as well, but now when I look at it in hindsight, itâs nowhere near how much I have to be involved in every single detail.â

But challenges also makes success all the more rewarding, though even amazing experiences are different as a solo artist. A few days before our chat, Tomlinson had played a ten-song headline set in Madrid, Spain, his first-ever. âOther than musicians I played with onstage, itâs hard to explain to anyone what just happened,â he smiles, âas opposed to when youâre in a band and youâre all feeling the same thing. But it definitely makes it more rewarding when I look back on the show and I think about my influence on it. I feel like Iâve been leading up to that gig for as long as Iâve been solo.â

Another thing heâs currently working towards is the release of his debut solo album. He hopes to have it ut early next year and feel like it will be a relief to have it out and be able to tour with it. The album is mostly finished, all the writing is done and only a few more vocals need to be recorded, but after that, what remains is working out the order of the tracks and other details.

Out of the singles put out so far, not many will make it to the album. âThe Steve Aoki song [âJust Hold On â] is an interesting one âcos the melody kinda leans to quite anthemic sounds, so weâre reproducing that to give it a bit more guitar and band-feel,â Tomlinson says, âso that will be on the album in a different version, but other than that, the last three are the only ones that will make it.â And for those eagerly awaiting the debut album, there are more treats on the way. âIâm hoping to release the next single six weeks after âWe Made It,'â he smiles, âIâll pretty much try and release music now in the run-up to the album in the new year.â

Leaning back in a comfy chair in the Sony Music offices in central London, Tomlinson is relaxed and cheerful, dressed in comfy all black clothes and chatting intermittently to his label crew. With a direct gaze and a cheeky smile, itâs hard to imagine him ever doubting himself or his own abilities. But when he speaks, thereâs a certain vulnerability heâs not afraid of showing. Though experiencing massive success with numerous triumphs, heâs also gone through great losses, heartbreak and grief. And despite his young age and only just starting out as a solo artist, Tomlinsonâs songs have unexpected depth and some seriously personal lyrics. The song âTwo Of Us â was written about his late mother Johannah Deakin, who died of Leukemia in December 2016.

âI have a bit of a luxury that where I grew we wear our hearts on our sleeve,â he says, âitâs part of our make up, so it has always come naturally to me. But of course, that is a really tender subject, but since I have the luxury of being confident enough to be able to talk about these things, I think itâs also important to put that message out. Especially as a guy as well.â

âThere was this girl at a meet & greet who had just lost her dad and she shared some really lovely words with me and that experience gives me goosebumps.â Experiences like that, he says, didnât really happen in One Direction. They wrote some lovely love songs, but there was a real purpose to âTwo Of Us ', and how people interpret the message and what it means to them is enormously special to Tomlinson.

âI want to be honest as a lyricist,â he says, âand sometimes talk about things that we maybe donât always talk about. I think itâs important to get those messages out.â

"If there's so little of yourself in a song that you can't remember when you wrote it and where, something has gone wrong" 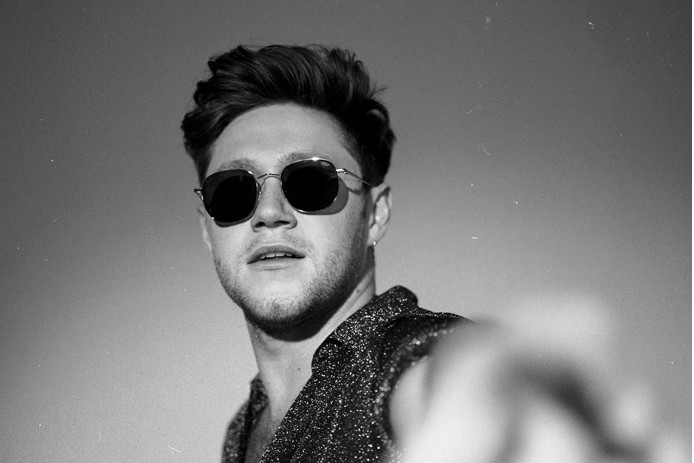 Niall Horan - Nice To Meet Ya