Tom Odell entered the limelight with his first EP Songs From Another Love in 2012, and was almost immediately shortlisted for BBCs prestigious BBC Sound of 2013, as one of 15 finalists. His big international breakthrough came with the single Another Love, which was one of 2013âs biggest hits in Norway as well as the UK. The song was taken from the album Long Way Down, which was released the same summer, and which received very polarised reviews, and which the early fans felt was a bit too different from the Tom Odell theyâd already heard live. The album was still a big success, and Odell played an amazing concert at Norwegian festival Slottsfjell in July of the same year, following up with a sold out show at Rockefeller in Oslo and another festival slot at Bergenfest in 2014.

A couple of years later, Odell is finally ready with new music and a new album. Today marks the release of the album Wrong Crowd, which - despite slightly less hype - has offered several tasters online running up to the album release. On this album Odell has taken a big leap forward. Itâs still piano based pop, but with a lot more energy than the debut album.

The album starts big with the title song Wrong Crowd, a rhythmic song with the classical Odell-piano and gospel-like choirs in the background. It almost feels a bit ominous, but only until the single and album highlight Magnetised takes over and urges people to dance. This is EDM-flirt is a surprising but very welcome tune. Gone is the organic and low-key expression, and instead weâre handed a dancy hit which should make concert venues and club floors bounce throughout the summer, as well as make people sing along to: âkeep me hanging onâ.

Towards the middle of the album it all calms down a tad too much, which a lot of piano based Odell-type ballads in a row. This might make fans of the debut album very happy, but possibly not get him any new fans. It all becomes a bit too slow, too achy breaky, and way too similar from one song to the next: The piano intro, then the voice, and then the choir - itâs the exact same recipe on every single song! Absolutely zero variety! Constellations, Still Getting Used To Being On My Own, and Jealousy are all decent songs, but this close to each other, after such a flashy start, leaves a pocket of boredom in the middle of the album. If theyâd been spread out a bit more, they might have been easier to digest, but the way theyâve been placed itâs all too slow, too heavy and too long. Suggestive and funkyConcrete is a nice exception, while sweet and retro-like Silhouette, surprises with its rhythms and lovely melodies. A potential summer hit?

Dramatic Daddy feels like itâs pulling the album back on track, and helps it feel as strong towards the ending as it did at the start. Itâs the albumâs decidedly rockiest track, and even though the piano, the vocals, and the choir are still exactly the same as on the rest of the album, Odell has now added almost Muse like riffs and a rough bass, which gives the song a completely different energy and itâs very own identity. Here I Am is another catchy song, nowhere near highlight Magnetised, but it helps push the album forwards - which would probably have been more needed and appropriate in the middle of the album rather than as the second to last song. It all ends with Somehow, a very low-key, but soulful ballad, which works very well as closing track on an album with great variety in impressions and intentions.

Tom Odell is a very talented young man, with a big repertoire. That his main focus is songs with piano and voice as the main selling points is neither a surprise nor wrong, but the people who will discover him through this album, will probably do so through the more uptempo songs, which it will be very intriguing to experience live throughout the summer and autumn. 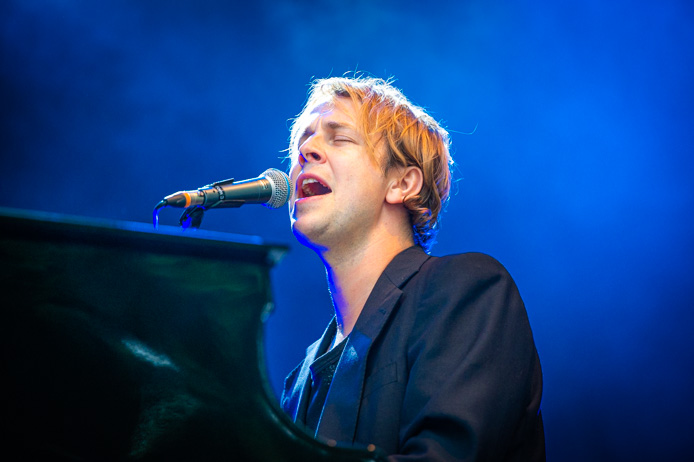